During the month of December 2021, the Islamic Foundation of Ireland teamed up with Amal Women's Association to raise awareness about violence against women that is currently affecting our society on a local and global level.

As we are all aware of our local Irish news media, there has been a number of attacks against women, women that have gone missing and the most recent of murders.

Abu Hurairah narrated that The Messenger of Allah said:

“The most complete of the believers in faith, is the one with the best character among them. And the best of you are those who are best to your women.”

Our Mosque is always open for help on this issue with its support and services and also has a dedicated support team from Amal Women's Association. 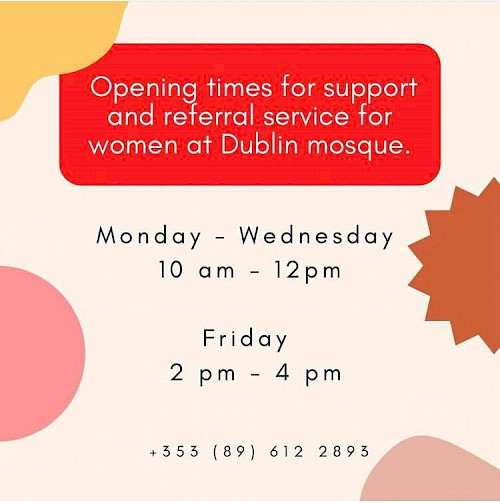 Photo by Pavel Danilyuk from Pexels