What is Islam and who are Muslims? 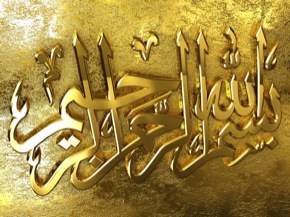 The Arabic word 'Islam' means to achieve peace; peace with God, peace within oneself, and peace with the creations of God through submission to God and commitment to His guidance.

Islam is not a new religion but the final culmination and fulfillment of the same basic truth that God revealed through all His prophets to every people. For a fifth of the world's population, Islam is not just a personal religion but a complete way of living.

Only 18% of Muslims live in the Arab world; a fifth are found in Sub-Saharan Africa; and the world's largest Muslim community is in Indonesia. Substantial parts of Asia are Muslim, while significant minorities are to be found in the Central Asian republics, India, China, North and South America, Eastern and Western Europe.Over a billion people from all races, nationalities and cultures across the globe are Muslim-from the rice farms of Indonesia to the deserts in the heart of Africa; from the skyscrapers of New York to the Bedouin tents in Arabia.

Muslims believe in the One, Unique, Incomparable, Merciful God-the Sole Creator, Sustainer and Cherisher of the Universe; in the Angels created by Him; in the Prophets through whom His revelations were brought to humankind; in the Day of Judgment and in individual accountability for actions; in God's complete authority over destiny, be it good or bad; and in life after death.

What do Muslims believe in?

God's final message to humanity, a reconfirmation of the eternal message and a summing up of all that which has gone before, was revealed to the Last Prophet Muhammad (peace be upon him) through the Archangel Gabriel.

One becomes a Muslim by believing and proclaiming that "There is none worthy of worship except God, and that Muhammad is the Messenger of God." By this declaration the believer announces his or her faith in God's messengers and the Scriptures (in their pristine original form) that these messengers brought. This declaration also implies that one has accepted to submit to God and to the revelation brought by God's last messenger. 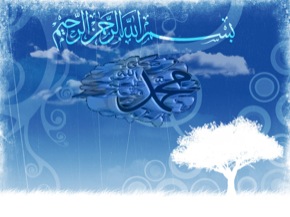 Muhammad was born in Makkah in the year 570 CE. Muhammad was the son of 'Abdullah, a noble from the tribe of the Quraysh. Muhammad's father died before Muhammad's birth, and his mother, Aminah died shortly afterwards. Muhammad was raised by his grandfather, Abdul Mutalib and after the grandfather's death by his uncle, Abu Talib.

As he grew up, Muhammad became known for his truthfulness and honesty, earning the title of al Amin, the trustworthy one. Muhammad was frequently called upon to arbitrate disputes and counsel his fellow Makkans.

Muhammad was of a contemplative nature, and had long detested the decadence of his society. It became his habit to meditate from time to time in the Cave of Hira' near the summit of Jabal al Nur, the 'Mountain of Light' near Makkah. At the age of 40, while engaged in a meditative retreat, Muhammad received his first revelation from God through the Archangel Gabriel. This revelation, which continued for twenty-three years, is known as the Qur'an.

Muhammad began to recite the words he heard from Gabriel and to preach the truth which God had revealed to him. The people of Makkah were steeped in their ways of ignorance and opposed Muhammad and his small group of followers in every way. These early Muslims suffered bitter persecution. In the year 622 CE, God gave the Muslim community the command to emigrate. This event, the hijrah or migration, in which they left Makkah for the city of Madinah, some 260 miles to the North, marks the beginning of the Muslim calendar.

Madinah provided Muhammad and the Muslims the safe and nurturing haven in which the Muslim community grew. After several years, the Prophet and his followers returned to Makkah, where they forgave their enemies and dedicated the Ka'bah to the worship of the One God. Before the Prophet died at the age of 63, the greater part of Arabia was Muslim, and within a century of his death, Islam had spread to Spain in the west and as far east as China.

Why is Islam often misunderstood?

Islam is frequently misunderstood and may even seem exotic in some parts of today's world. Perhaps this is because religion no longer dominates everyday life in Western society; whereas, for Muslims, Islam is life. Muslims make no artificial division between the secular and the sacred.

For quite some time Islam was thought of as some "Eastern" religion, but with the increasing number of Muslims living in the West, Islam is gradually being perceived as a global faith. Muslims are not thought of as strangers with unusual practices, but are being welcomed as part of the mosaic of life in the West. In many cases, Islam is not just viewed as an acceptable religion, but as a desired way of living.

What does Islam say about war? 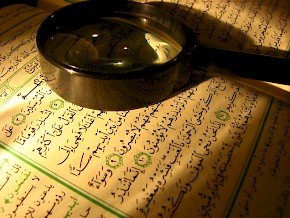 Like Christianity, Islam permits fighting in self-defense, in defense of religion, or on the part of those who have been expelled forcibly from their homes. It lays down strict rules of combat that include prohibitions against harming civilians and against destroying crops, trees and livestock. As Muslims see it, injustice would be triumphant in the world if good people were not prepared to risk their lives in a righteous cause.

One reads in the Qur'an:

"Fight in the cause of God against those who fight you, but do not transgress limits. God does not love transgressors."
(Qur'an 2:190)

"And fight them until persecution is no more, and religion is for God. But if they desist, then let there be no hostility except against wrongdoers."
(Qur'an 2:193)

"If they seek peace, then you seek peace. And trust in God for He is the One that hears and knows all things."
(Qur'an 8:61)

War is therefore the last resort, and is subject to the rigorous conditions laid down by the sacred law. The often misunderstood and overused term jihad literally means "struggle" and not "holy war" (a term not found anywhere in the Qur'an). Jihad, as an Islamic concept, can be on a personal level--inner struggle against evil within oneself; struggle for decency and goodness on the social level; and struggle on the battlefield, if and when necessary.

What is the Quran?

The Qur'an is the very word of God, Almighty. A complete record of the exact words revealed by God through the Angel Gabriel to the Prophet Muhammad. The Qur'an was memorized by Muhammad and his followers, dictated to his companions, and written down by scribes, who cross-checked it during the Prophet's lifetime. Not one word of its 114 surahs (parts or chapters) has been changed over the centuries. The Qur'an is in every detail the same unique and miraculous text that was revealed to Muhammad fourteen centuries ago.

The Qur'an is the principal source of every Muslim's faith and practice. It deals with all subjects that concern us as human beings, including wisdom, doctrine, worship and law; but its basic theme is the relationship between God and His creatures. At the same time, the Qur'an provides guidelines for a just society, proper human conduct and equitable economic principles.

Do Islam, Christianity and Judaism have different Origins?

Muslims believe that the original, unchanged message given to Muhammad, Jesus, Moses and all other prophets came from the One same God.

Abraham is mentioned in the Qur'an as one of the great Prophets and was honored with the title, "Friend of God." This common origin explains their similarities in many beliefs and values.

"Say: We Believe in God and what has been revealed to us, and what was revealed to Abraham and Ishmael and Isaac and Jacob and the tribes, and what was given to Moses and Jesus and to the prophets from their Lord; we do not make any distinction between any of them, and to Him (God) do we wholly give ourselves."  (Qur'an 3:84)

Jews, Christians and Muslims all consider Abraham their Patriarch. Abraham is mentioned in the Qur'an as one of the great prophets. He was blessed by God to be the father of many nations. From his second son, Isaac, descended the tribes of Israel, and through them, Moses and Jesus; and from his first son, Ishmael, came Muhammad (peace and blessings of God be upon all of His messengers).

Abraham and his eldest son, Ishmael, were commanded by God to build a place of worship, the Ka'bah, in what is today the city of Makkah, Saudi Arabia. The Ka'bah is a simple stone structure, erected as a sanctuary for the worship of the One God. Muslims do not worship the Ka'bah; the cubical building is simply the unified direction toward which all Muslims face in Prayer to God, Almighty.

The Qr'an states that God commanded Abraham to summon all humankind to visit this place, and when pilgrims go there today they say "At your service, O Lord," in response to Abraham's call. The Ka'bah is the central place of worship toward which all Muslims face in prayer to God, Almighty.